Background: The relationship between eczema, wheeze/asthma and rhinitis is complex, and epidemiology and mechanisms of their comorbidities is unclear. Objective: To investigate within-individual patterns of morbidity of eczema, wheeze and rhinitis from birth to adolescence/early adulthood. Methods: We investigated onset/progression/resolution of eczema, wheeze and rhinitis using descriptive statistics, sequence mining and Latent Markov modelling (LMM) in four population-based birth cohorts. We used logistic regression to ascertain if early-life eczema or wheeze, or genetic factors (filaggrin mutations and 17q21 variants), increase the risk of multimorbidity. Results: Single conditions, although the most prevalent, were observed significantly less frequently than by chance. There was considerable variation in the timing of onset/remission/persistence/intermittence. Multimorbidity of eczema+wheeze+rhinitis was rare, but significantly over-represented (3-6 times more often than by chance). Although infantile eczema was associated with subsequent multimorbidity, most children with eczema (75.4%) did not progress to any multimorbidity pattern. FLG mutations and rs7216389 were not associated with persistence of eczema/wheeze as single conditions, but both increased the risk of multimorbidity (FLG by 2-3-fold, rs7216389 risk variant by 1.4-1.7-fold). LMM revealed 5 latent states (No disease/low risk; Mainly eczema; Mainly Wheeze; Mainly rhinitis; Multimorbidity). The most likely transition to Multimorbidity was from Eczema state (0.21). However, although this was one of the highest transition probabilities, only 1/5 of those with eczema transitioned to multimorbidity. Conclusions: Atopic diseases fit a multimorbidity framework, with no evidence for sequential ‘atopic march’ progression. The highest transition to multimorbidity was from eczema, but most children with eczema (>three quarters) had no comorbidities. 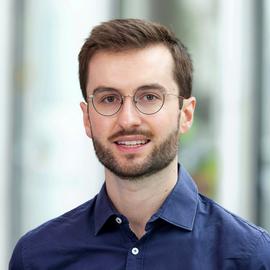